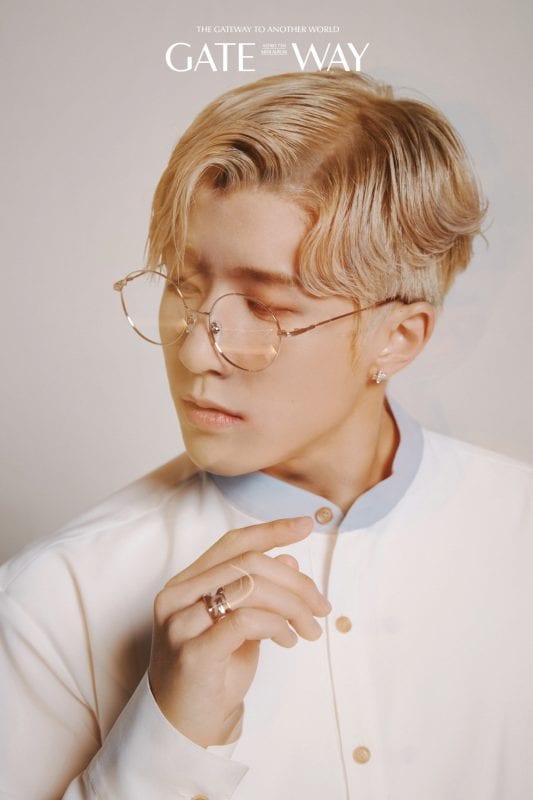 JinJin Facts:
– His nickname is “Angelic Smile”
– Personality: a warm person
– He’s often called the Slow Rapper because of how slow he talks.
– Education: Hanlim Multi Arts High School (graduated).
– He attended NY Dance Academy in Ilsan (before joining Fantagio as trainee)
– He was the 5th trainee that was officially introduced with Photo Test Cut by Fantagio iTeen.
– According to Eunwoo he is the latest member to wake-up in the morning.
– Jinjin revealed he & Eunwoo are the best English Speaker among ASTRO.
– JinJin has an older brother.
– He can speak Korean, English & basic Chinese.
– His favorite color is green.
– He always takes his cellphone with him, even when he goes to the bathroom.
– In 2015 he participated in Fantagio Web Drama 투비컨티뉴드 ‘To Be Continued’.
– Jinwoo was once featured in Eric Nam’s song ‘Can’t Help Myself’.
– JinJin and Wanna One’s Ong Seongwoo attended the same school but Ong is a senior.
– JinJin is good at beatboxing. (The Immigration).
– If he wouldn’t be a singer, he would be a drummer, he loves playing the drums. (AlArabiya Int.)
– His role model is G-Dragon (BigBang)
– Jin Jin used to be in the same street dance team as GOT7’s Yugyeom. (vLive)
– If Jinjin was a girl, he would date Eunwoo because he is extremely handsome.
– In the new dorm, Jinjin and Moonbin share a room.
– JinJin’s ideal type: a girl with her own opinions and attitudes. 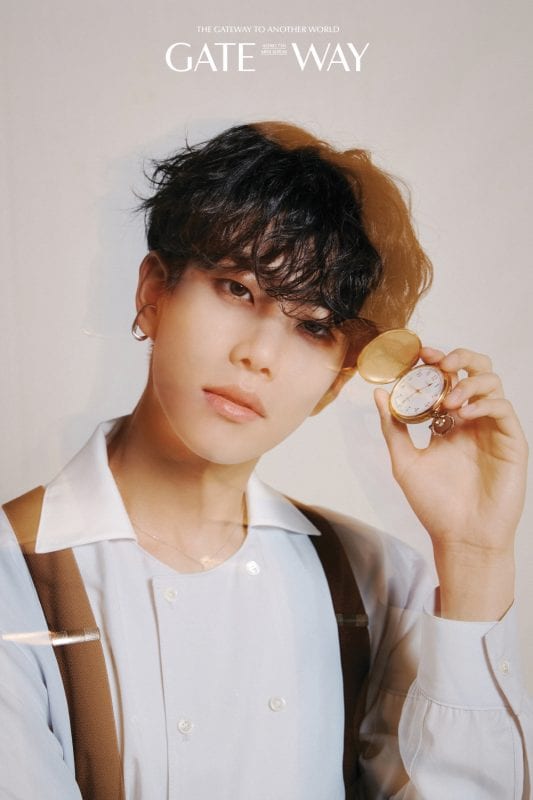 MJ Facts:
– His nickname is “The Happy Virus”, because he’s always laughing.
– Personality: he jokes a lot and is mischievous.
– Contestant of 2012 JYP Ent. x HUM Audition (won a one year scholarship from Seoul National University)
– In 2015 appeared in Fantagio Web Drama 투비컨티뉴드 “To Be Continued”
– MJ’s favorite superhero: Iron Man.
– He calls himself “Smile Engine”.
– His favorite colors are Mint and Yellow.
– He is the most talkative member in the group.
– Shoe Size: 255
– His hobby is drawing.
– One of his special talents is impersonations.
– His favorite food is seafood and he says he would like to open up a sushi restaurant one day.
– The first person he befriended when he joined Fantagio was Sanha.
– Moonbin said MJ is a little bit weird (4D character)
– His role model is actor & singer Lee Seung-Gi.
– MJ is friends with MYTEEN’s Xiheon.
– If MJ wasn’t a singer, he would be an architectural designer.
– If MJ was a girl, he would date himself. (“Astro Idol Party” 170109)
– In the new dorm, Rocky, MJ, Sanha share a room.
– MJ’s ideal type: A girl with a nice smile, a good sense of humor and who is similar to him. 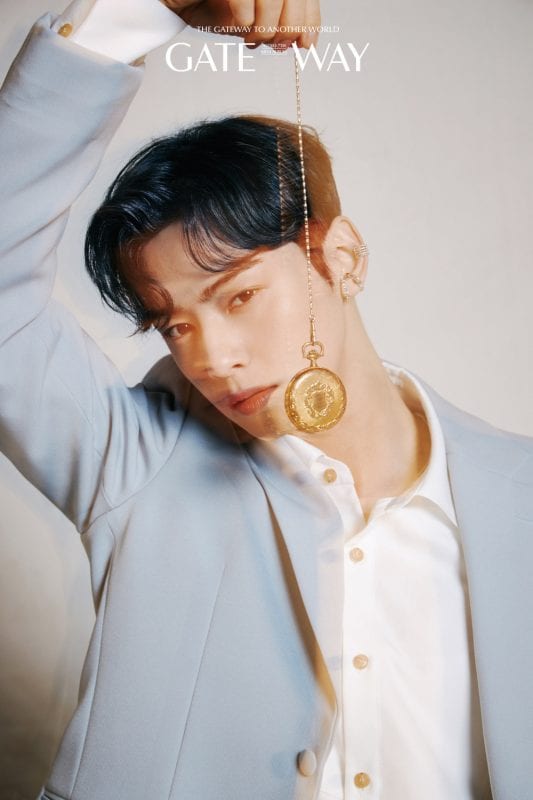 Cha Eunwoo Facts:
– Eunwoo has a younger brother who is studying in China.
– His nicknames are “Morning Alarm” and “White Tee Guy”
– He’s also called “Face Genius” (meaning someone who has crazily handsome face).
– Personality: he seems chic, but he is very loyal
– Education: Hanlim Multi Art School (graduated in 2016), Sungkyunkwan University, Acting Major (accepted in November 2015)
– 2014/2015 Shara Shara Make Up Brand Ambassador
– He acted in Fantagio Web Drama ‘To Be Continued’ (2015), in Youtube Premium drama ‘Top Management’ (2018)
– In 2013 he participated to Mr.Pizza’s iTeen Audition Promotional Model with Moonbin
– Jinjin revealed he & Eunwoo are the best English Speaker among ASTRO
– He is the 4th trainee that was officially introduced with Photo Test Cut by Fantagio iTeen
– He is considered the smartest member.
– He can play the Piano, Guitar, Flute & Violin
– His favorite color is Blue.
– His role model is actor & singer Seo Kang Jun (5urprise) and EXO.
– Eunwoo was part of the staff of ‘Law of the Jungle in New Caledonia’.
– Eunwoo acted in the web drama “My Romantic Some Recipe” (2016), in the Korean Drama “The best hit” (2017), he also had a cameo role in the web drama “Revenge Note” (2017).
– He acted in the Kdramas “My ID is Gangnam Beauty” (2018), “Rookie Historian Goo Hae-Ryung” (2019).
– He’s close friends with Seventeen‘s Mingyu, BTS‘s Jungkook, GOT7‘s Yugyeom.
– If he wouldn’t be singer, he would be a teacher, a doctor, or an anchor.
– If Eunwoo was a girl, he would date Jinjin. (“Astro Idol Party” 170109)
– In the new dorm, Eunwoo has a room for himself.
– Cha Eunwoo’s ideal type: A girl that’s curious, wise and intelligent. 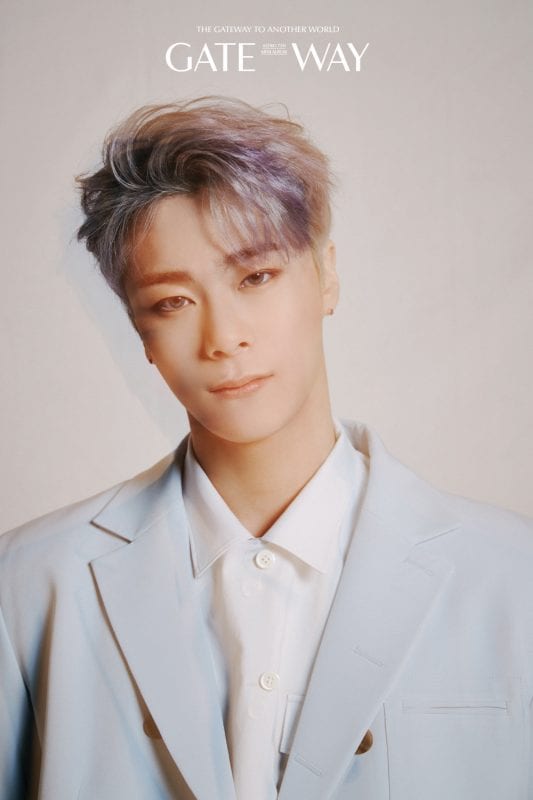 Moonbin Facts:
– Family: father, mother, younger sister (Moon SooA -Unpretty Rapstar Season 2)
– Personality: tender and warmhearted
– His nicknames are: U-Know MoonBin (유노문빈), Binnie (빈이), Sleepyhead, Puppycat (because he can make the face of a cat and the face of a puppy)
– In 2006 he appeared in DBSK’s Balloons MV (as Mini U-Know Yunho)
– He was child model, ulzzang and actor.
– Education: Hanlim Multi Arts High School (graduated in 2016)
– The food he dislikes: fish, egg yolk, tofu (Billboard x MMT Astro Interview)
– His favorite food is beef.
– He can play the piano.
– In 2009 he appeared in KBS 2 Drama 꽃보다 남자 “Boys Over Flower” as young So Yijeong (Kimbum)
– He appeared in 2015 MNet Drama – 칠전팔기, 구해라 “Perseverance Goo Haera” Ep. 1
– He appeared in 2015 Fantagio Web Drama 투비컨티뉴드 “To Be Continued”
– He acted in the Kdrama “Moments of 18” (2019).
– He acts in the web drama “Mermaid Prince” (2020).
– Moonbin’s childhood best friends are iKON’s Chanwoo and SF9‘s Chani.
– His favorite color is Black.
– His hobby is playing video games.
– His role model is Taeyang (BigBang)
– Moonbin is friends with BTS‘ Jungkook and Seventeen‘s Seungkwan.
– If he wouldn’t be a singer, he would be an athlete, maybe a swimmer.
– If Moonbin was a girl, he would date Eunwoo because he is handsome and he would take care of him.
– In the new dorm, Moonbin and Jinjin share a room.
– On Nov 12, 2019 it has been announced that Moonbin is in hiatus due to health issues.
– He ended his hiatus at the end of February 2020.
– Moonbin’s ideal type: A girl with a good sense of humor. 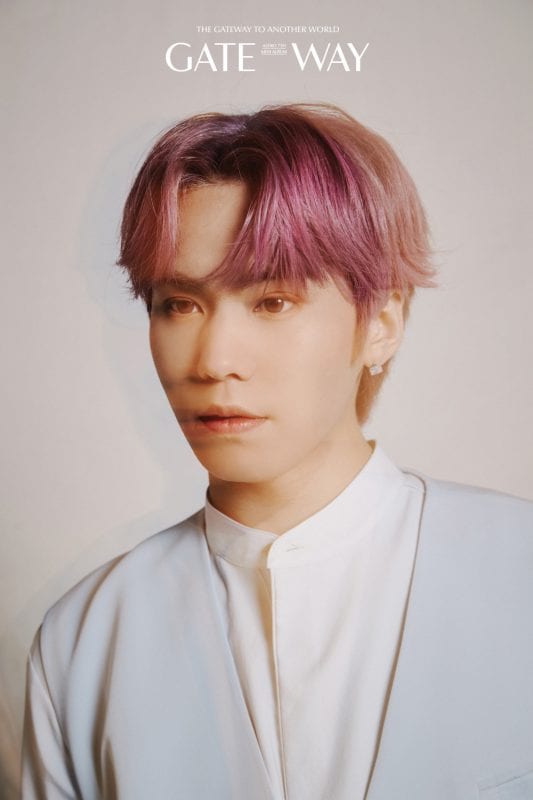 Rocky Facts:
– His nickname is “Chef Minhyuk”
– Personality: quiet, very reliable and hardworking
– Fantagio staff named him “Dancing Machine”
– Education: Hanlim Multi Arts High School
– On July 14, 2011 Minhyuk auditioned for TVN Korea’s Got Talent.
– In 2015 he appeared in MNet Drama – “Perseverance Goo Haera”.
– In 2015 he participated in Fantagio’s Web Drama 투비컨티뉴드 “To Be Continued”.
– Rocky was a participant in “Hit the Stage”.
– He knows Taekwondo (he holds a fourth rank (Black Belt) now)
– He revealed he is a big eater.
– His favorite color is Red.
– Minhyuk is the 1st trainee that was officially introduced with Photo Test Cut.
– He created the choreography for the Astro MVs “Fireworks” and “Wake up call”.
– If he wouldn’t be a singer, he would be a dance teacher.
– His role model is G-Dragon (BigBang)
– Rocky is friends with Monsta X‘s Jooheon, Lee Suhyun of Akmu, Kim Sae-ron and Seungkwan of Seventeen.
– In the new dorm, Rocky, MJ, Sanha share a room.
– If Rocky was a girl, he would date Sanha. (“Astro Idol Party” 170109)
– Rocky’s ideal type: A caring, cute and nice girl. 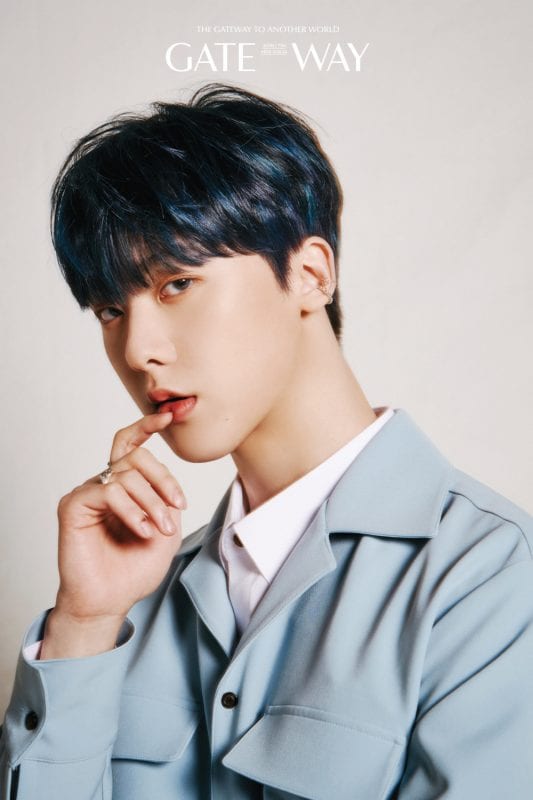 Sanha Facts:
– His nickname is “Beagle”
– Personality: pure and innocent
– He has 2 older brothers: Junha born in ‘95 and Jeha born in ‘98.
– He learned to play guitar from his dad and brothers.
– He attended A-Sound Music Academy
– He is Christian.
– His hobbies: Eating
– He has flexible body, he can fit in a bag or in a cupboard.
– He is allergic to seafood.
– He can’t drink coffee.
– His favorite color is Pink.
– He was accepted as Fantagio iTeen’s trainee on December 16, 2012
– In 2015 he participated in Fantagio’s Web Drama 투비컨티뉴드 “To Be Continued”
– He is the 3rd trainee that was officially introduced with Photo Test Cut.
– He likes to bully his hyungs a lot. XD
– His role model: Busker Busker
– If he wouldn’t be a Kpop singer, he would most probably be a guitarist.
– Sanha is friends with The Boyz‘s Eric & Sunwoo, AB6IX‘s Daehwi and Golden Child‘s Bomin.
– If Sanha was a girl, he would date himself. (“Astro Idol Party” 170109)
– In the new dorm, Rocky, MJ, Sanha share a room.
– Sanha’s ideal type: A girl who thinks about him a lot and asks him about his day.